Well-known for their impressive fighting spirit, Amberjack fishing provides an exhilarating challenge with just rewards—a trophy Amberjack can easily top 100 pounds. Amberjack is one of the top fish varieties in Tampa Bay. At Aquatic Escapes, our team can help you reel in one of these monsters and get that big fish story you’ve always wanted.

As Tampa’s leading fishing charter, we can help you perfect your fishing technique and catch bigger and better fish. Our guided fishing tours include everything you need for a day out on the water from bait to ice for your catch. Call (813) 997-9897 today to get started

Amberjack are deep-water dwellers, often referred to as reef donkeys for their stubborn persistence to not end up in the boot. If you’re looking for a fighter—this is the perfect fish to target. They are also a hefty catch, ranging from around 10 pounds to over 150, depending on the species. Tampa Bay is home to several variety, including:

Typically found far offshore near wreckage or rocky reefs, Greater Amberjacks are the largest variety of the species. The heaviest Greater Amberjack caught on record weighed an impressive 155 pounds! They have a mild flavor with high oil content, leading to a buttery touch.

A smaller—and reportedly smarter—version of Greater Amberjack, Lesser Amberjack typically weigh in under 10 pounds, but don’t let their lesser girth fool you—they put up just as much fight. They are also just as good on a dinner plate.

Slightly larger than a Lesser Jack but still far smaller than a Greater, Banded Rudderfish dwell in shallower waters than most Amberjack species. They favor floating debris and weed lines over wreckage and reefs, often trailing after sharks and other large fish looking for leftovers. Like other Amberjacks, they are carnivorous and feed primarily on shrimp and small fish in addition to scavenging off larger predator’s kills.

No matter what type of Amberjack—or fish in general—piques your interest, at Aquatic Escapes, we know just where they’re biting and can make sure you have a successful voyage.

As migratory fish, the Amberjack population varies significantly in Tampa Bay, depending on the season. The high season is during spring and fall, and the low season is in summer and winter. Don’t let this worry you if you’ve already booked your trip.

Even if you come to Tampa Bay during the heart of winter, there’s still a chance that you could encounter some Amberjack. Tampa is sunny year-round and houses plenty of fish, so you will still likely reel something in during an off-season trip.

Why Fish with Us?

Whether you’re looking for a fun, challenging, or relaxing day at sea, Aquatic Escapes of Tampa Bay has you covered. We will tailor your trip to meet your specific needs and skill level, ensuring that you have access to all the best fish that the Gulf has to offer, including Amberjacks and Kingfish. We offer a safe and exciting experience, so invite a friend to tag along!

Had a great time, Capt Jerrod was very friendly and courteous. Got us on fish . Highly recommended
Larry P.
Captain Jarrod knows the waters like the back of his hand. He had his first mate Jack (his dog) on board as well. I was the first one to catch a fish! A 28 inch Snook! Was a great and fun trip! Will definitely be booking again!
Clint M.
Had a great time fishing with Captain Jarrod and a few of my buddies. We really enjoyed learning from this expert who is a great captain and fisherman. Great comfortable boat and great time was had by all.
David S.
Read More 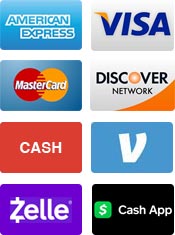